Ride for a Better Life

Cycling to work can improve your health while facilitating your commute to work. And bike-share programs, such as BIXI-Montreal, presented by Manulife, is making cycling a viable and an affordable option when you’re out and about on the town.

Cycling frequently can cut your risk of heart disease by up to 50 percent, studies from Purdue University have shown. As an aerobic exercise, cycling accelerates your breathing and heart rate, which helps stimulate the contraction of intestinal muscles and keep you more regular. “As well as preventing you from feeling bloated, this helps protect against bowel cancer,” explains Dr. Ana Raimundo, a Harley Street gastroenterologist.

Spending more time outside, cycling in the sunlight, which increases levels of the feel-good hormone serotonin, can also help you feel more cheerful. The recommended office lighting is only about 300lux, whereas the strength of the sun measures more than 1000lux even on overcast days. Full daylight (not directly in the sun) is 10,000lux-25,000lux.

“Exercising outside exposes you to daylight,” explains Professor Jim Horne from Loughborough University’s Sleep Research Centre. “This helps get your circadian rhythm back in sync and rids your body of cortisol, the stress hormone that can prevent deep, regenerative sleep.”

The body’s metabolic rate – the efficiency with which it burns calories and fat – not only spikes during a ride but also for several hours thereafter, according to sports psychologists. “Even after cycling for 30 minutes you could be burning a higher amount of total calories for a few hours after you stop,” says Mark Simpson of Loughborough University.

When you bike, most of your weight is absorbed by the saddle so your skeleton and joints don’t take a battering. And one of the biggest advantages of cycling for fitness is that you can combine it with commuting to work, which gets you to the office earlier and energized after an invigorating ride. You’ll also get fitter by the day, and start to feel and look younger. If you cycle regularly, you will reach a fitness level equal to that of a person 10 years younger, according to the National Forum for Coronary Heart Disease Foundation in the United States.

Biking to work is fun – it’s that simple. While commuting to work each day can be frustrating or tedious, cycling can conjure up fond childhood memories of riding around the neighborhood feeling carefree and more positive about handling the rigors of the workplace.

Cycling by the numbers

Looking for a bike-share system? Visit these sites:

Get a move on

Learn 3 key steps to getting and staying in shape. 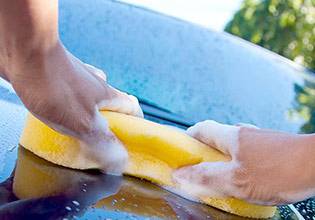 Learn 8 everyday ways to burn calories without even noticing.

To help you get wise about your health and your wellness, here are 5 simple strategies for avoiding heart disease.