On this page
Back

Looking for information about the Health Care Spending Account (HCSA)? You’ve come to the right place. We’ve compiled this resource to answer as many questions as possible.

Firstly, it’s important to remember that each Health Care Spending Account is unique to its organization and membership. Not all sponsors/employers offer them to their members.

Secondly, in a general resource like this one, there are some plan details we’re unable to describe. So, if you’re looking for specifics about your own HCSA plan, it’s best to refer to your plan member guide or booklet. After you log in to your Manulife plan account, you’ll find that reference under ‘My Benefits: Benefit Booklet’ or under ‘Forms: Plan Member Brochures’.

A Health Care Spending Account (HCSA) is a health and dental benefit administration feature that can be part of a traditional or flexible benefits plan, at the choice of the plan sponsor.

Although it’s often compared to a bank account – after all, the word “account” is right in its name – it’s basically a benefit plan setup that’s administered by the insurer in a way similar to other traditional health and dental benefit plans.

Many plan members use this benefit to top up what their standard benefits cover to pay for outstanding amounts, deductibles or dispensing fees (e.g., if a standard benefit covers 80 per cent of an eligible expense, the HCSA may cover the remaining 20 per cent).

Plan members may also use a Health Care Spending Account to cover expenses after they go over and above the maximum provided by their standard benefit plan (e.g., if you have a $500 massage therapy maximum for the year but continue to receive massage treatments after the $500 is spent, the costs that go over the maximum may qualify for coverage using HCSA funds [depending on the plan]).

The HCSA may also cover medical expenses that aren’t covered under a provincial plan or your standard insurance plan (e.g., sight and hearing guide dog expenses, special equipment for persons with disabilities, some cosmetic surgeries).

For employee health benefits to be non-taxable1, they must be set up as a Private Health Services Plan (PHSP). According to the Canada Revenue Agency (CRA), a PHSP must include the following elements:

Most plans are structured or intended to qualify as a PHSP. If the HCSA does not qualify, the amount of any benefit received from the plan will be taxable to the plan member or employee.

Because most HCSAs are intended to qualify as a PHSP, an expense is generally considered an “eligible expense” under the plan if it is a medical expense.

The CRA maintains a guide and a list of medical expenses (PDF) on the Canada Revenue Agency website2. Medical expenses that meet CRA’s definition are typically reimbursable (in whole or in part) from a plan member’s HCSA.

However, this CRA list is not a complete list. Plan members need to check their own HCSA plan guidelines to confirm expenses are covered by their own plan. Provided the expenses covered by the plan are medical expenses, amounts paid from the plan should be non-taxable to the member.

Generally, provided the plan member has family coverage, the HCSA will cover those family members that are dependent on that member when the expense is incurred. For this purpose, generally an eligible dependent is defined as a person who is:

In some instances, this could potentially include family members who aren’t covered under the standard core health or dental benefit plan.

The amount deposited to the HCSA each year is determined by the plan sponsor/employer.

When a plan member has claims that can’t be submitted under an HCSA – because their balance has reached zero or the balance is no longer available for that calendar year – the member can submit those claims and get them covered by the following (or next) benefit year’s HCSA deposit. The claims are “carried over” and paid out from funds deposited into the HCSA the next year. The claims carryover period is always 365 days after the end of the plan year. Claims may be paid out from the next benefit year’s HCSA balance for a period of 365 days, or until the HCSA balance reaches zero, or the funds are no longer available for use. However, at the end of the claims carryover period, unused HCSA funds are forfeited or lost.

Plans with ‘no carryover’ don’t allow their members to carry forward credits or claims to the next benefit year. Credits can be used during the benefit year in which they were issued. Claims can be submitted and processed using funds from the HCSA in the same year the claim occurred. Unused credits at the end of the benefit year are forfeited or lost. Claims cannot be covered by unused funds from the previous year’s HCSA (even if there were a balance remaining).

There are limitations around exactly what may be carried over to the following (or next) benefit year. Therefore, members need to check with their plan sponsor/employer to see what those limitations may be.

The short answer is ‘no’. A Lifestyle Spending Account (LSA)3 is separate from the Health Care Spending Account (HCSA), and it operates differently. Some plan sponsors offer both kinds of accounts (in addition to a standard benefits plan), but funds between the LSA and HCSA are not transferrable.

While the HCSA is a tax-free benefit for plan members (except in Quebec), the LSA is a taxable benefit. Claims paid from the LSA are added to the taxable income of plan members.

Examples of standard expense categories covered by an LSA include:

Plan sponsors who add flexibility to their benefits package, and offer an LSA, may find the benefit helpful in retaining or attracting employees.

An HCSA may be used for hospital and medical or dental expenses, or expenses incurred in connection with a medical expense that’s not covered by your standard or provincial benefit plans.

Although the order may vary, typically a credit from an HCSA may be applied after the member claims any benefits under a provincial plan, under their standard insurance plan or, if applicable, through co-ordination of benefits under a different (e.g., a spouse’s) benefits plan.

But each HCSA is unique to the organization, so reference to the company’s HCSA guide or member booklet will detail specifics on how and what gets covered, and in what order.

An HCSA must qualify as a Private Health Services Plan (PHSP) for benefits received from the plan to be non-taxable. If PHSP conditions are met, then the plan member can enjoy the benefit without declaring it on their income tax return. Generally, HCSAs are structured to qualify as a PHSP.

A Health Care Spending Account is a non-cash value benefit that may be applied towards eligible medical expenses. The CRA maintains a guide and lists of medical expenses (PDF) on the Canada Revenue Agency (CRA) website2. Medical expenses that meet CRA’s definition are typically reimbursable (in whole or in part) from a plan member’s HCSA.

However, this CRA list is not a complete list. Plan members need to check their own HCSA plan guidelines to confirm expenses are covered by their own plan. Provided the expenses covered by the plan are medical expenses, amounts paid from the plan should be non-taxable to the member.

Only plan sponsors can decide whether they will offer a Health Care Spending Account to their members. Plan members may choose to utilize a portion or all their HCSA benefit towards any outstanding balance for an eligible health or dental expense.

Plan sponsors interested in learning more about adding an HCSA to their benefits plan can visit our Group Benefits business page. Current plan sponsors who already have an HCSA set up as part of their benefits package can connect with their account representative at any time.

To make a claim under your HCSA, you would submit the claim online through the plan member site at www.manulife.ca/signin, or through the Manulife Mobile app. To begin the process, log in using the Plan Contract Number and Plan Member Certificate Number along with your password. When prompted, make the selection to use the balance in your HCSA for the claim.

Claim forms for paper submission are also available on the plan member site.

HCSA for your business

An HCSA is one way both parties can have greater choice around how they meet their health and dental needs and lifestyle.

Business owners who want to discuss options and find out if an HCSA is right for their business can speak with their Account Manager or Agent at any time. For more information on the HCSA and/or LSA, business owners can send us an email (please include the company name and size of the group). 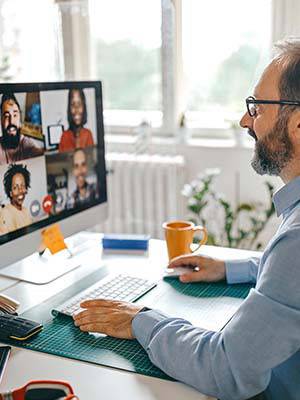 How to submit your
Group Benefits claims

The information in this article is not to be relied upon as tax, financial advice for specific situation.

1 In Quebec, the Health Care Spending Account is a taxable benefit for provincial income tax purposes

2 This list may be amended at any time without notice. For the most current list of expenses eligible under the HCSA, please visit the Canada Revenue Agency (CRA) website.