How advocating for her heart health saved this Canadian Olympian

Isabelle Brasseur is a former Olympic Canadian figure skater from Kingsbury, Quebec. After a health scare resulting from her own undiagnosed heart condition, Isabelle now advocates tirelessly to educate women about heart health. 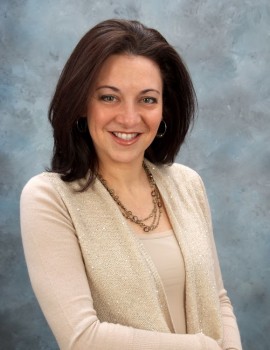 Four years after winning an Olympic medal at Lilleha mmer, there I was lying in a hospital bed, having fainted and convulsed while on a skating tour to Chicago. I had been so aware of my body, so in touch with it. I’m an athlete, after all. Throughout my career, I’d had the care of the best doctors in the world. How could this have happened?

The reality is that no matter how fit I thought I was, how well I ate, or how well I took care of myself, I needed to be even more aware of what was happening with my body. Luckily, that became clear before it was too late.

Listening to my body

The first time I remember fainting, I was eight years old. We were at church, and it was Christmas Eve. My fainting spell scared my parents, but I quickly recovered and returned to being the kid they knew – the one excited about unwrapping my Christmas gifts.

Still, they took me to the doctor a few days later, and the diagnosis was fairly simple: I must have just had a drop in blood sugar, they thought. It sounded right. We’d eaten late, and I was over-excited.

But it wasn’t my blood sugar, or diet, or excitement. Today I know it was a dangerous heart condition that I will live with for the rest of my life.

Heart disease runs in my family. My father died of heart complications. My mother suffered a few strokes. And after visiting three neurologists, my own condition became clear and I was diagnosed with vasodepressor syncope with cardiac arrest, which in plain speak means when I’m under extreme stress my heart stops.

Needless to say, this is a life threatening condition. That’s why I’m glad I listened to the voice in my head that said, “get a second opinion” when at first I was wrongly diagnosed with epilepsy. I wanted to be sure about what I was experiencing and clear in describing it. And I kept asking questions. I was my own best advocate, determined to make sure whatever was wrong with me was properly assessed in order to get the best care possible. The stakes could not have been higher – I ran the risk of being treated for something I did not have, while the true source of my fainting spells went unchecked. In the end, my persistence paid off.

Now that I have been properly diagnosed and am fully aware of my condition, I can manage it by ensuring I take my medication consistently and at the right times. I’ve made the necessary lifestyle changes and I stick to them. Of course, there are still moments when I am at risk of my heart stopping.

Like me, many people are genetically predisposed to heart disease. But for everyone else who is not, there are ways to guard against cardiovascular issues. Keeping a healthy lifestyle from young adulthood, and continuing those good habits as decades pass has been shown to lower cardiovascular disease risk. In one study, the majority of people who kept a low body-mass index, didn’t drink to excess, didn’t smoke, exercised regularly, and kept a healthy diet when they were young adults, stayed in a low-risk category right through middle age.

My life is different now, but it’s still a good one. I listen to my body – it’s important to do so. I take care of myself, eat a healthy diet, exercise and stay fit. I make it a point to share my story publicly and work with The Heart and Stroke Foundation to raise money and help inform other women. I’m so thankful I took action and trusted my instincts when something didn’t feel right. Because I did, I get to enjoy every moment with my family knowing my health is in check.

The views and opinions expressed are those of the author and do not necessarily imply endorsement by Manulife.

To help you get wise about your health and your wellness, here are 5 simple strategies for avoiding heart disease. 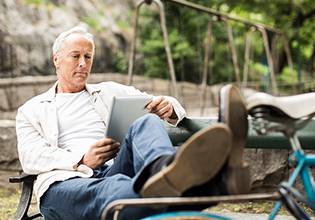 Bring your work and your life into balance.

If you take small, actionable steps every day, you can manage your stress, mitigate the negative effects of stress on your body, and slow down your body’s aging process. These 10 tips to alleviate your stress response will help you stay healthy.