Why your mental health program might not have impact

For plan members, sponsors, and administrators 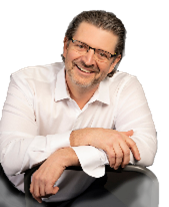 Is the money well spent? You probably don’t know.

Dr. Bill Howatt says many leaders saw the mental health impacts of the pandemic and spent more on programs to support their employees.

“Employers have good intentions. They hope that by simply offering various programs they will curb mental health risk and promote mental health in the workplace,” Howatt says.

That’s understandable when mental illness is a leading cause of disability in Canada.2 But he says few mental health programs can show they work over the long term.

“Many employers facilitate programs and policies without an evidence-based framework,” Howatt says.

Howatt says an example is lack of standards in the growing number of mental health apps. He says there may be around 20,000 mental health apps on the market, and research suggests that most could do harm or no good.3

Why? Because of the lack of research and rigor to build evidence-based digital mental health apps. A recent study shows only 2% of apps have published, peer-reviewed evidence of feasibility and/or efficacy.4

But there are organizations like the Mental Health Commission of Canada that are providing guidance on how to build a digital mental health app.5 Howatt recommends sticking to digital providers that have done their research.

“Step one as a buyer is to ask, ‘What standards (e.g., adhere to MHCC guidelines, affiliated with a university) was used to validate the digital mental health app can do what it claims?’  Digital health is a huge opportunity to knock down barriers and scale access, but you have to make sure it’s evidence-based and it’s not doing harm,” Howatt says.

Another way to gauge your mental health program is to get continuous, anonymous feedback from your employees, Howatt says.

Howatt says mental health programs should do more to bolster their namesake, mental health. He says policies are often selected to support mental illness, but you should also promote mental health, mental fitness, and resiliency in your organization.

True mental fitness doesn’t come from an afternoon seminar, according to Howatt. He’d rather your employees build positive habits over the long term.

“Going to a resiliency workshop for three hours often doesn’t have lasting impact. I’d rather take those three hours and break it up into micro-learning 10 minutes a week with something they can action that promotes mental fitness,” Howatt says. He also suggests that just ten minutes a day of mental fitness can have a profound positive impact on workers mental health as a protective factor.

Dr. Howatt suggests this type of prevention can help curb the productivity loss of absentee and presenteeism that costs companies more than $1.5 trillion per year.6

“Workers who learn how to improve their psychological resilience by just 5% decrease their risk of a mental illness diagnosis by 10%-15%,” Howatt says.7

Developing a culture of mental health

Howatt says leaders must value workplace mental health to successfully build it into their culture. That may take a lot more empathy than leaders are used to.

“The future of work is going to require leaders that actually like human beings,” Howatt says. “Explore what a psychologically safe leader is because you are stewards. And if you don’t experience it, you’re not going to know how to be a role model.”

Howatt developed a Certificate in Psychologically Safe Leadership with the University of New Brunswick to equip leaders with the skills to identify mental risks and reduce mental harms in the workplace.8

Taking these actions can help improve your mental health programs, but Howatt says you have to be committed to enact change in your workplace.

“Accept that behavioural change is hard, there is no short cuts, there is no magic, it requires working with employees to discover what programs, benefits, and policies are having the most positive impact to move them towards well-being,” Howatt says.

The opinions expressed in this post are those of Bill Howatt and do not necessarily represent the views of Manulife. The information in this article is not to be relied upon as professional advice for specific situations.

7 A Shasha Song et al., “Psychological resilience as a protective factor for depression and anxiety among the public during the outbreak of COVID-19,” Frontiers in Psychology, January 22, 2021, Volume 11, p. 618509, frontiersin.org 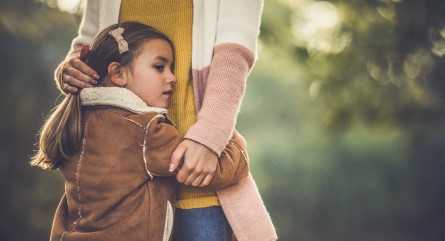 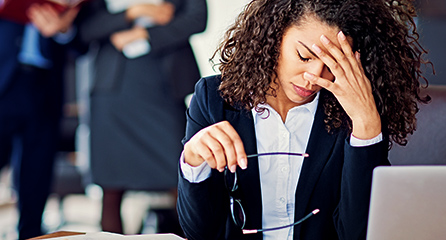 Watch our interview with Dr. Georgia Pomaki for insights on addressing employee burnout in your workplace.

Let's get you connected.

Enter your name and/or selling code to find your Wholesaler.

Oops! We couldn't find your info.

Oops! We couldn't find your info.

You beat us to the punch!